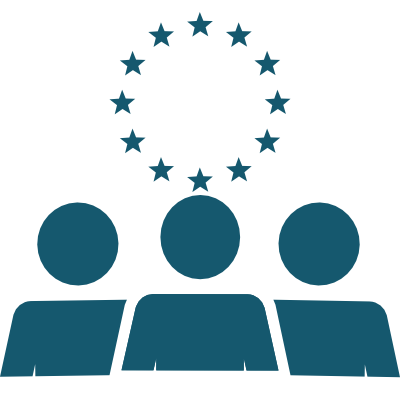 Almost all institutions of the European Union have a formal or informal role in the Ordinary Legislative Procedure (OLP). The European Commission, Council of Ministers and European Parliament are the main actors. The role of the other institutions in the OLP depends on their mandate.

The Commission is led by 28 Commissioners, one for each member state. The College of Commissioners has to give political validation to a legislative proposal before submitting it. For non-controversial proposals, this often happens through a written procedure, while controversial or important proposals are often adopted through an oral procedure. Commissioners are supported by departments called Directorates-General (DGs). Most of these departments are policy DGs, which are responsible for certain policy areas.

In the legislative procedure, the DGs are responsible for preparing legislative proposals in their respective areas of competence. These DGs are then called the lead DG. The prepared draft proposal will circulate between different Commission services and DGs before being presented before the College of Commissioners. This process is called interservice consultation. An important actor in this respect is the Commission’s Legal Service, which gives legal advice on the form and content of any legislative proposal.

The Parliament fulfils an important role in the ordinary legislative procedure as one of the co-legislators. Within the Parliament, the legislative work is carried out by (standing) parliamentary committees, which are organized based on specific policy areas.  When the European Parliament has received a new legislative proposal from the European Commission, the proposal is sent to a relevant parliamentary committee, which is tasked with drawing up an opinion on the proposal.

Within the parliamentary committee responsible for drawing up a report (or an opinion) on a Commission Proposal, a rapporteur is nominated to take the lead.  The rapporteur of the lead committee is responsible for preparing a draft report that will be voted on in the committee with simple majority through a roll call. Members of the European Parliament can propose amendments before the committee votes on the draft. Often the shadow rapporteurs and rapporteur have informal meetings to discuss their positions and formulate compromise amendments before voting commences. In this phase the committee can also decide to hold hearings with experts or to issue further Impact Assessments.

Council of Ministers of the EU

The Council of Ministers is the other co-legislator in the ordinary legislative procedure. The member state governments are represented in the Council. In the legislative process, the Council functions on different levels. When the legislative proposal is sent by the Commission, it is first analysed and discused by the relevant working parties. Thereafter it is discussed in the Committee of Permanent Representatives of the Governments of the Member States to the European Union (Coreper). After most issues are agreed upon at these lower levels of member state representation, the proposal is discussed in the Council of Ministers. Ideally, at this point in the procedure, there are only a few outstanding political issues left to discuss at the ministerial level.

The next level is Coreper, which meets in two configurations: Coreper I and Coreper II. Coreper has no formal decision-making power. However, parts of the proposal that are agreed upon in Coreper are accepted in the relevant Council configuration without discussion. These relatively non-controversial elements are called ‘A items’. ‘B items’ are the elements of the proposal that have to be discussed at the (political) highest level, namely by the relevant Council configuration.

This committee consists of deputy permanent representatives and makes preparations for six of the ten different Council configurations: agriculture and fisheries; competitiveness; environment; employment, social policy, health and consumer affairs; education, youth, culture and sport; transport, telecommunications and energy. The work of Coreper I is further prepared by the Mertens Group. This is an informal group which helps to provide an overview of the positions of the member state delegations in preparation of Coreper I meetings.

This committee consists of the permanent representatives and prepares for the following Council configurations: economic and financial affairs; foreign affairs; general affairs; justice and home affairs. The work of Coreper II is prepared by the Antici Group, which functions in a similar way as the Mertens Group.

he Council consists of representatives of the member states at a ministerial level. This can be ministers or state secretaries. Depending on the subject, the Council meets in different configurations, in total there are 10 different Council configurations.
The ministers (or state secretaries) have the right to commit their government and vote in the Council. The Council is chaired (at all configurations) by the President of the Council. This presidency rotates among member states every six months. The presidency of the Council plays a big role in determining the EU legislative agenda and can, therefore, play an important role in the legislative process.

The Committee of the Regions

the Committee of the Regions (CoR)  has a consultative role in the OLP. The CoR is made up of local and regional representatives from all member states and adopts opinions on Commission proposal from a local and regional perspective. These opinions can be mandatory, requested or drafted on the CoR’s own initiative.

Besides submitting opinions, the CoR may bring a case before the Court of Justice in order to protect their prerogatives. This can be the case if the CoR was not consulted where this was mandatory or if their consultation was not handled properly.

The European Economic and Social Committee is an independent consultative body of the European Union. The function of the EESC resembles that of the Committee of the Regions. It consists of no more than 350 members and its members originate from employers’ organizations, branch organizations and employee organizations. Like the CoR, it adopts opinions on Commission proposals. These opinions can be mandatory, requested or drafted on the EESC’s own initiative.

Besides their involvement with monetary policy, the European Central Bank (ECB) can also have a role in the ordinary legislative procedure. Like the CoR and the EESC, the ECB has to be consulted if legislation is proposed in its field of competence. The ECB may also make a recommendation for EU legislation, but only where it concerns the European system of central banks or the ECB itself.

The Court of Justice of the European Union (CJEU)

The Court of Justice may request for legislation on matters relating to the Court, for example, to establish a specialised court. The Court has no further role in the ordinary legislative procedure.